5 reasons why Adobe Flash will slowly but surely go extinct

As trends go through their natural cycle, the general public’s definition of ‘attractive’ websites alters. There’s no doubt that websites built in flash can be breath-taking. Wonderwall, AgencyNet 2.0 and Waterlife are a sweet reminder of the creativity and innovation that designers and multimedia developers are capable of. However, while Adobe Flash provides what many ambiguously call the ‘wow factor’,…

I had been contemplating for a while blogging with videos when my dear friend Ziad Aly talked me into considering putting together some YouTube webisodes for people to make use of. There are many advantages to talking about design and technology through a series of episodes on YouTube: Easier to portray information: It’s easier to share step-by-step tutorials with videos….

Out of Adobe’s undisputed Fab Four on any web designer’s desktop (Photoshop, Illustrator, Flash and Dreamweaver), the one specifically for HTML and CSS is probably the most threatened. Indeed, replacing any of the first three is almost an impossibility (see my post on GIMP’s attempt to overthrow Photoshop). Finding an alternative to Dreamweaver, however, has become more of a reality…. 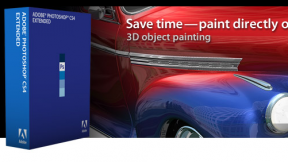 If you are in any way related to the design and/or multimedia realm, chances are you heavily rely on a handful of Adobe’s products. In fact, even the regular users with minimal technical knowledge naturally run applications such as Adobe Acrobat Reader, and more recently, Rich Internet Applications built on AIR. There is no doubt that with the acquisition of…