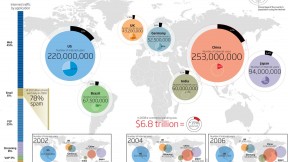 This is a graph that visually maps out internet usage world-wide. You can look through numbers all night, but nothing can help us comprehend the massiveness of the web like an illustration as such: There are several thought-provoking digits to draw conclusions from: China has the biggest user base, even though it is one of the countries that censors the… 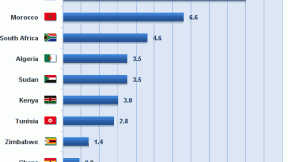 No one expects the Black Continent to be competing with the Japanese as far as internet usage is concerned, but few people know the seriousness and sadness of the situation. With the exponential growth of the Internet and the Web 2.0 services, the gap between many African nations and the rest of the world is becoming too big to handle….