The top seven myths on the Abbaseyya sit-in

After being pushed out by force, and following the arrest of hundreds of protesters at the Ministry of Defense sit-in last Friday, I was shocked to see the negative reaction by pro-revolution activists. It felt like SCAF had successfully infiltrated dozens of twitter accounts. I couldn’t help but feel disturbed that the majority of those opposing the MOD sit-in had never in fact been there. Sounds surprisingly similar to how apathetic Egyptians develop negative sentiments towards the revolutionary movement without ever coming into contact with it. 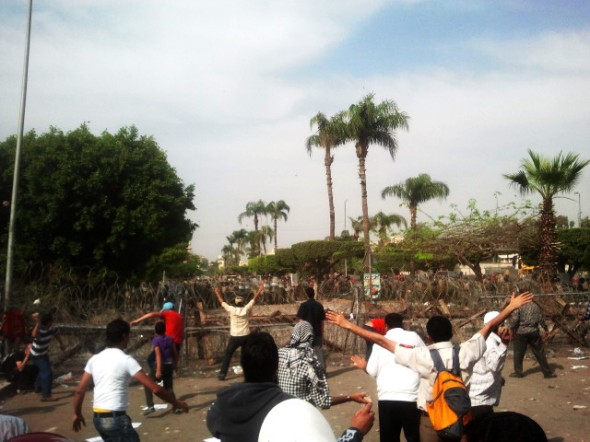 Early on when clashes erupted

I speak as an individual who was very supportive of the sit-in, expressing the compassion through regular visits, and experiencing the clashes with the army and thugs from start to finish. I hereby give you the list of the sexiest seven pointers built on falsehood that were unfortunately sold to many revolutionaries. 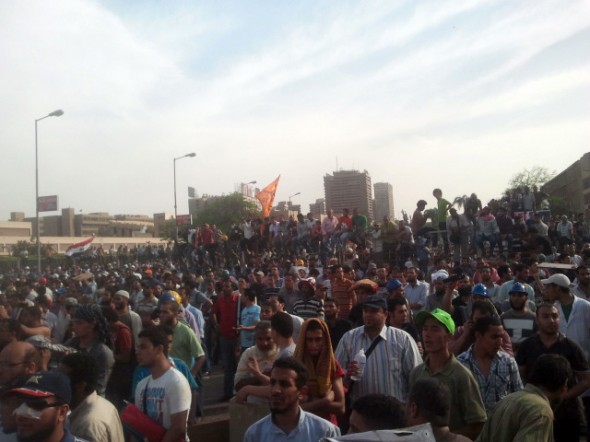 The exclusively Islamist crowd at the MOD sit-in...yeah...about that.

The next time you make an ‘ass’ out of ‘u’ and ‘me’ I’ll be sure to tune in to Egyptian public radio and believe everything they say against the revolution. That would surely benefit us all.

Or we can take the easy way out and get off our couches and take the streets to see what people are saying and why. You might fully disagree after that, but at least you’ll know what you’re talking about.

I liked your post. There is so much disinformation out there. Russia Today is guilty. The USA … just wants to keep acess to oil and make money on it. Keep up your work!