No More, thanks to KnowMore.org

When non-profit organizations and foundations made the realization that, despite their limited budget and resources, they could reach their target audience effectively (all thanks to the web), their objectives suddenly became much more attainable. Carrying out the tasks of a given development program might be costly, but at least spreading awareness of the issue, and reaching out to volunteers and doners, has become significantly easier.

KnowMore.org is a community-driven wiki that aims at aggregating corporations and entities to a publicly-accessible database to raise awareness about human-rights violations. It does so by researching and finding the companies and multi-nationals that are responsible for “attacks on democracy, worker’s and human rights, fair trade, business ethics and the environment.” It’s a brilliant initiative that brings valuable information in a centralized location for everyone to benefit from.

Not only is KnowMore.org impressive because of the initiative and online presence, but also  because of the way in which they’ve exploited the web (no pun intended). First of all, the look and feel of the website puts it way ahead of the rest (including many corporate websites). Secondly, the fact that it’s very easy to use (spin off from the widespread Wikipedia) inevitably encourages anyone with interest in the field to take part and add to the extensive database.

That’s not all. They’ve actually taken it to the next level by offering a Firefox add-on called KnowMore Extension. What this does is bring up a notification underneath the toolbar of Firefox whenever you are visiting a website of a company that has violated human rights one way or the other. And in order to avoid being what opposition would rush to claim generic, or over-generalizing, they actually indicate the exact rights that have been violated, as well as providing the link to learn more about the illegal activities of that particular company. 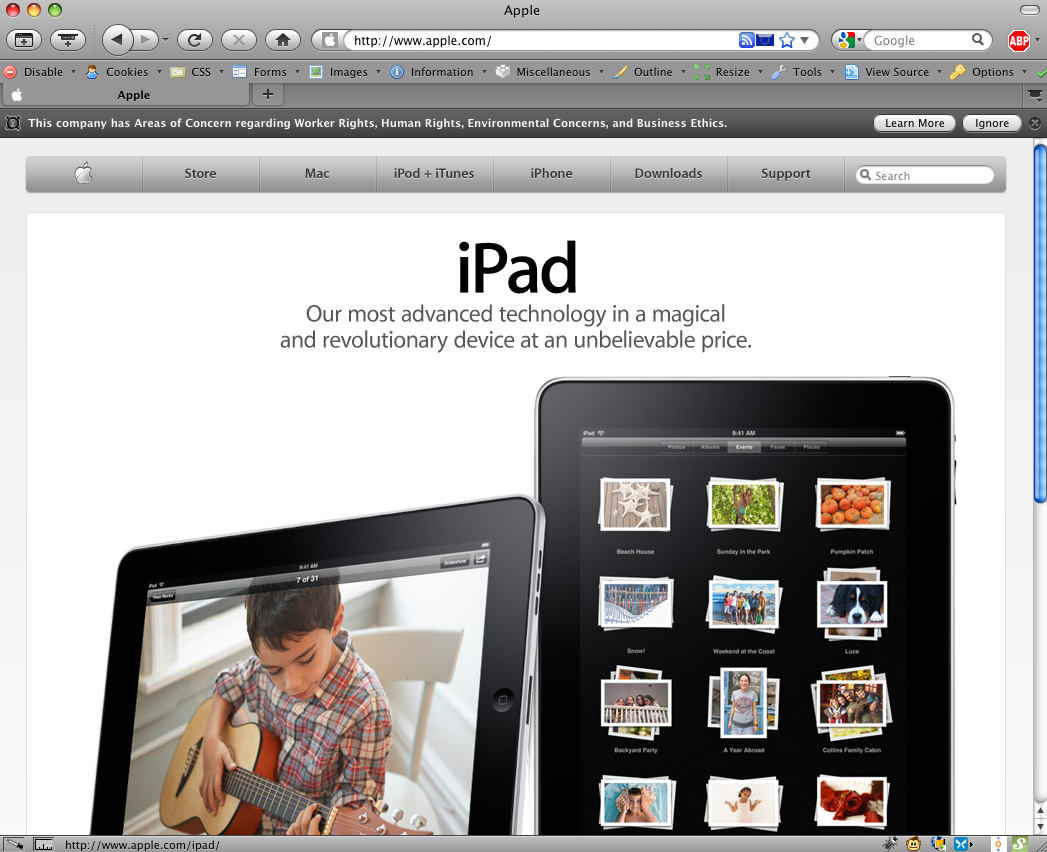 It’s like having the community do all of the work for you while you’re browsing.

There are many organizations and non profit entities out there that are striving to make this world a better place. KnowMore.org is like many of them in principle, but far more effective in practice. That is because they have managed to reduce their costs by making the entire platform online, engaged with visitors via the attractive interface and the easy, familiar wiki system, and reached out to many more via the effective Firefox plugin.

If you are part of an NGO or a social development initiative, then the standards set by KnowMore.org should be your immediate goal. That is partly why our beautiful web is power to the people.

i work with non profit organization and the website http://www.knomore.org is very informative thanks.