Yesterday I wrote about HootSuite 2.0 as yet another solution for managing and utilizing your Twitter account. Lesson 1 from any book on success with Web 2.0 says that when you set the stage, and let the open-source community and the user-base do the acting, you are inevitably bound for results that out-do your most optimistic of imagination. A working example of this is literally visible via Tori’s Eye, a “website” that displays the latest tweets in a visually pleasing and creative manner. 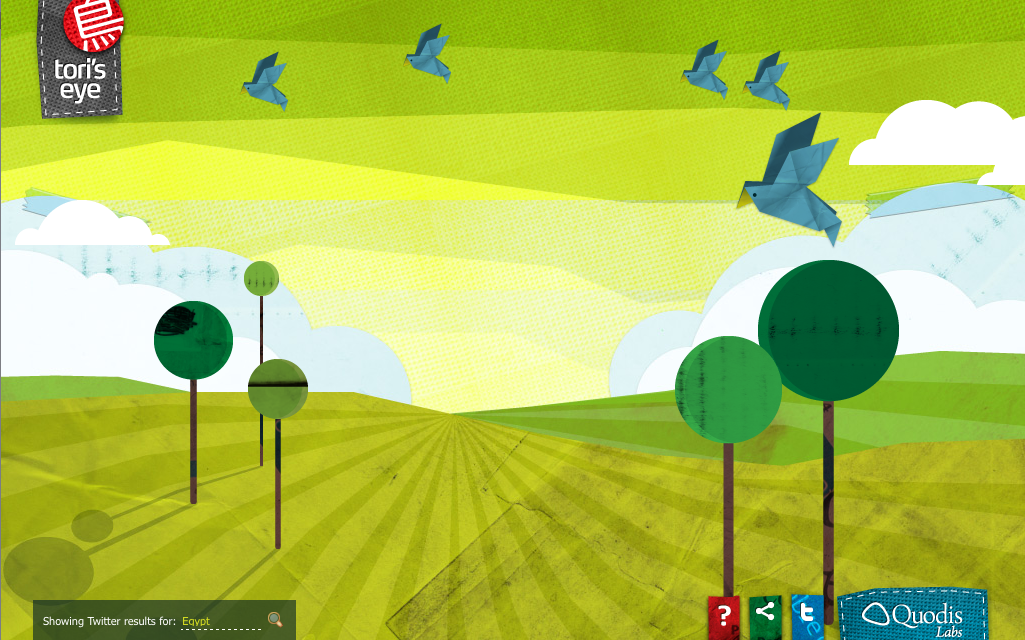 It might not be the most efficient method in which you can follow the tweets of a chosen hash tag or keyword, but it is not meant to be one. It is easier to look at it as a work of art, a visual presentation that adds a new perspective to something everything has been looking at very mathematically. I personally think it is entertaining to follow a subject of interest, but not of much importance. It could also be good exercise for reading random tweets without any bias towards images or tweet locations.

Very little is known of what the creators of Twitter wanted from it exactly (now it is clear that it is something special). Even if we were to use hindsight and say they wanted it to be the standard channel for millions of people to rapidly communicate worldwide, it would take too much bending-over backwards to believe that they knew such creative outputs would come out of it. But then again, that’s the beauty of the user-based content, and the collaboration of millions of people across space and time.

I discovered Hootsuite when i was trying to tweet at work which had blocked the twitter.com website through its firewall.

Hootsuite goes around that where as Tweetdeck still needs to access the site, so no good for my purposes