A couple of weeks back, I made a post about Nokia’s shocking decision to enter the Netbook battle with one of its own: the Nokia Booklet 3G. It was great news for the regular users, as it allows for more competition, and hence, better services and more reasonable prices. While the former seemed to be on par, the latter has disappointed the large crowd who have been anxiously awaiting the Finnish’s debut in the netbook market.

Nokia has released the pricing of it’s inaugurational netbook, slashing an over-whelming $820 tag. In a marketplace where even the standard, powerful notebooks can be easily picked up at a much more humble price, it is indeed completely illogical how the Mobile-phone makers expect to have a piece of the netbook money pie with such a disproportionate value. It is clear that Nokia have raised their white flag even before entering the battlefield, and it is up to the consumers to demonstrate that in order to succeed, it is imperative to satisfy the customers. That means services, and pricing. Nokia will just have to learn it the hard way, and I personally see no possibility of success with their debut. 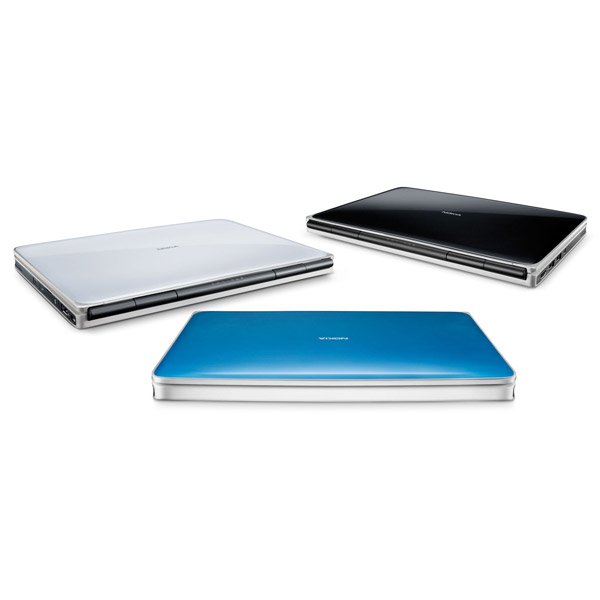 In a market where the average netbook is offered for $300 dollars, there must be an edge that almost triples the price. The following are the main features that separate the soon-available Nokia Booklet 3g from its counterparts such as the Acer Aspire One and the Asus Eee PC:

If we were to bend over backwards and add $100 for each one of the four features, it would still add-up to $700, quite distant from the original $820. I haven’t been as confused since Apple forced their customers to pay for patches and fixes. The only way Nokia can come out of this alive is via iPhone-style monopoly deals with carriers such as AT&T and Verizon Wireless, but even then, the netbook would still require an unprecedented $400 investment. Given the choice of tying yourself in a two-year’s contract and paying $400 for an average netbook, or the full $300 for a regular counterpart, no strings attached, how much “under the influence” would you have to be to make the wrong choice and aid the mobile-making Scandinavians?

We are left with no choice but to get over the bubble-burst and move on with our lives, there will soon be real contenders that provide us with the services that we deserve, for the prices that they have earned.

unbelievable! nokia netbook?! it might make sense in that they have to diversify their market because they’re probably not doing so well in the mobile phone market. and maybe netbooks aren’t such a stretch from mobile phones these days.

i’m also disappointed that these netbooks run windows – they should force people to use linux! (of course then they wouldn’t sell)

what about/what are your thoughts on samsungs netbooks? and the MSI Wind netbooks? And i heard that Sony is making a netbook as well.

there’s a good article in the economist (http://www.economist.com/sciencetechnology/tq/displayStory.cfm?story_id=12673233) that starts off:

“Steve Jobs says Apple does not know how to make a $500 computer “that’s not a piece of junk”. Yet this article was written on a small computer that costs less than that—and barely a quarter of the price of the Apple iMac that sits on the desk beside it.”

I guess since the components of an average netbook are cheap and easy to find, any large technology manufacturer can come on board and produce one of their own.

Each one has its own advantages and disadvantages. But I think the two that stand out form the 1.0 generation of netbooks would be the Acer Aspire One, and the Asus Eee PC. However, the netbook industry boasts even faster progress that the regular notebook market, so that is good for the consumers and regular users.

I believe Apple are a classist company that tries to make a name selling to a very particular niche in society. They’re the equivalent of fashion name brands that do not produce large-sized clothing to prevent over-weight people from “tarnishing” their name. Steve Jobs sees it as an industry made for cheap brands, not for classy ones such as Apple. What he doesn’t realize, or rather chooses to ignore, is that in the technology realm, the prestigious companies are the ones that can provide the latest and most reliable products, at the lowest prices. More over, if Steve Jobs is clearly part of the elite, why does he produce everything in China like everyone else, but then sell it at a 200% mark up? If he wants to be different, he shouldn’t rely on sweat shops, and produce it in “California” as he proudly declares, and keep the profit reasonable, meaning he’ll be selling the products for a similar price as now.

I truly believe that it is up to the consumers to teach classist and elitist enterprises like Apple that we are much more intelligent than they would like to think, and that we can make the right choice and support those who bring us quality products, at cheap prices, with the ability to fully customize it as we see fit.