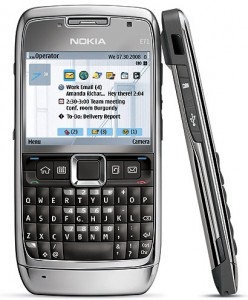 Whenever a cell phone is introduced to the market (and sometimes before it’s even out), the web gets swamped with reviews of all sorts. There is a constant competition to bring out the informative, comprehensive review that helps the consumer decide if he or she is willing to invest or not. Analysts who beat the crowd in offering a quality review consequently drive immense traffic to their website or blog, and their visitors exponentially boom as they show up in high positions in search-engine results. I was interested in analyzing the performance and reliability months after purchasing Nokia’s E71, because that is the real measurement of how successful the product is.

I purchased the Nokia E71 around New Year’s, and have been heavily relying on it ever since. Looking back, things seem very different than when I first chose to make the investment. To start off, let’s look back at what was said or reviewed when the iPhone 3G competitor hit the shelves:

To summarize what everyone agreed on at the time:

Mainly, it was the phone that meets all of your needs. You can use it to organize your appointments, place reminders, use the office applications to open and edit documents, install software and further functionality and much more.

The sad but true story is that after owning the phone for a while, even if it was as revolutionary as Che Guevara when it came out, your appreciation towards what used to be strong points inevitably deflates. That is only normal. Subjectively, the following are the initial advantages that turned sour with time:

Moreover, I rarely use it to listen to music (needs special earphones, the protective sponge around the ear plug’s very sharp edges have fallen off, making it a painful experience to listen to music!). The worst of all is that, after that one trip to the sandy beach, the keyboard gets stuck sometimes typing away random letters and numbers, making it impossible to send any SMS. This problem comes and goes, but thankfully, hasn’t popped up in a while. The issue should completely cease to exist upon changing the keyboard for a new one.

There are a couple of advantages that have held strong, standing out even more: 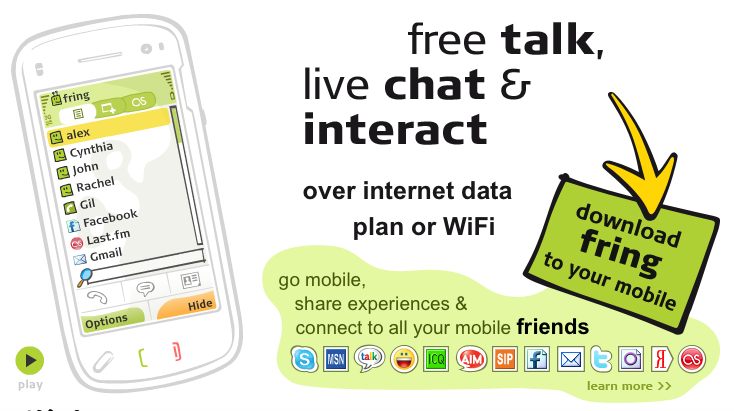 It is easy to overestimate the value of a given product, and it is even easier to overlook the negative possibilities that lie ahead. Looking back, albeit with hindsight, I would say that the Nokia E71 has somewhat disappointed, but continues to be a successful investment. However, I would not recommend purchasing the E71 if any of the following apply:

If none of the previous points apply to you, baring in mind that over time, some advantages deteriorate, the E71 might be a wise choice. All in all, it is important to note that a good 40% of the features that ship with the cell phone will not be used at any point in time. While they do not consume much space, and do not interfere, they inevitably pressure you into thinking that the E71 is the appropriate choice thanks to the increased functionality. If you are looking for a cell phone that is small and light, relatively cheap, displays email and web pages, and has a very respectable battery, the Nokia E71 becomes an evident choice. Otherwise, the market does not stop bringing forward competitors of all sorts, you’ll certainly find your match.

It’s completely the greatest mobile I’ve ever owned before.. I love it so much and I like the full keyboard without arabic keys.. with english letters only it looks better and elegant.
Now it’s mobile like iPhone for apple iPhone users.
I think I will not change it to another one unless i decided to buy an iPhone

Thanks for the kind words.

Even though it is repeatedly compared to the iPhone, I think it is completely different, and it is difficult to make a choice between the two. One great advantage is the ability to easily repair and upgrade the Nokia E71, something unheard of with the iPhone (if something goes wrong with your iPhone battery, you’re in deep trouble).

It would be interesting to see the iPhone 3G Many Months After review and see who outperforms the other…Anyone?

i know you researched phones for a while, systematically narrowing the available options to the one that suits you the best. despite all your efforts, you still cant find something that satisfies your need. what a lousy world we live in

It’s true that I had placed my bets on the E71 satisfying all of my technological needs. Up until that point, I carried the Nokia 1112, the most basic mobile phone available in the market. I specifically carried that phone in protest of the lack of options available.

When the E71 showed up, it was very promising, but has unfortunately turned into yet another example of how the mobile phone industry is well behind the rest in terms of the quality and level of service provided to the users

Hopefully Android will bring the missing functionality and flexibility we are waiting for.

Surf the Web on Your Mobile | Tarek Shalaby

[…] your mobile running, running Windows Mobile or Symbian. I am using the Nokia E71 (which I’ve reviewed many months after, as well as compared to lower-end counterparts), but the process is the same for most phones of the […]

The z button has fallen off my Nokia E71 as well! Did you try and get yours fixed under warranty, and if so did you have any success?

I actually took it to a local Nokia support center, and after the long wait they told me that it was going to cost about LE 400 (~$75) with only a 3-month guarantee! I was shocked at how expensive it is, and how little confidence they had in their own service.

I then came across another local shop that was willing to do it with non-original material for a fraction of the price.

I just decided to stick with it as is for the time being, and then buy the Google Nexus One (should have it within two weeks).

Yeah, I’m definitely not very proud of my Nokia E71!

I have been using E71 for 2 years…I think it’s time for a change…maybe to Andriod. Anyway, it’s great using E71.