Last week, I posted a video that took a humorous approach to the search engine battle between the California giants, and then new kid on the block, Bing. Interestingly, I came across this website that does a very simple move to give you the best of both worlds, at the same time. Just like how some people would argue that a portion of contemporary art is no more than a very basic idea that the artist came up with first, Bing vs Google is something for which its creator deserves credit simply because he came up with the idea before anyone else, and brought it to us, the users, to take advantage of.

Instead of opening two separate tabs to test out the two main search engines in competition right now, you can now view the results from both worlds, by the same click, and in the same window: 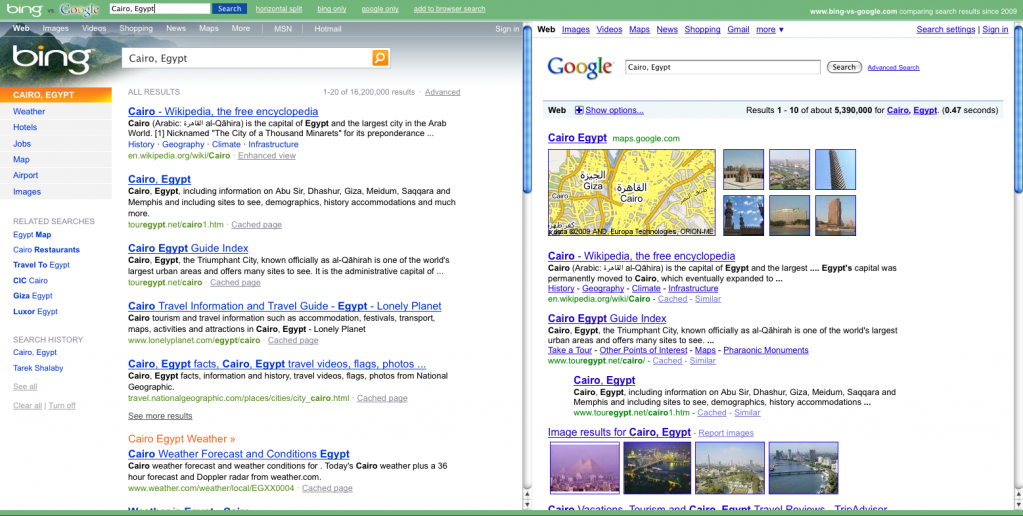 Bing vs Google, at the same time

Of course, on a small screen, it wouldn’t be too useful, but who has anything smaller than a 15.4″ with at least 1280 pixels in width? Viewing them side-by-side is as fair as you can get. And even if you insist on using one of them and not the other, it might be good practice to start off with Bing vs Google to make an accurate judgment first. And let’s not forget that there’s always Ask, Yahoo!, and a few others.