The Fight Against Spam

It’s a sad but true story that as we witness technological developments, spammers become advance and reach new levels to infiltrate our mail boxes. It is by far one of the most frustrating aspects of the online experience, and unfortunately, it doesn’t look like it will be ending anytime soon.

Spamming started back in 1978 on the network of the time, ARPANET, when an email was sent to 600 address. But it started operating on a massive level in 1994, right around when millions of users were signing up for new email accounts and getting introduced to using the Internet. Today it is estimated that there are more than 100 billion spam messages every single day.

The following is a hilarious report by the Onion News Network on spam:

The best solution so far that has been developed to hold off spam is the Captcha. Basically, by having random numbers and letters covered with scribbles keeps the spammers away. However, it might not be the best solution out there, as it means that many humans are having trouble passing the test. From that perspective, it is clear that spammers are ahead in the battle, even if it is somewhat coincidental. The fact that millions of Internet users repeatedly fail to pass the captcha hurdle means that the spammers have successfully prevented the rest from the harmonious, smooth internet experience.

In order defeat the spammers, there needs to be a test that is incredibly easy for humans, and impossible for spammers. There have been some creative works as of late that will hopefully catch on in the near future. One of which is the Ajax Fancy Captcha: 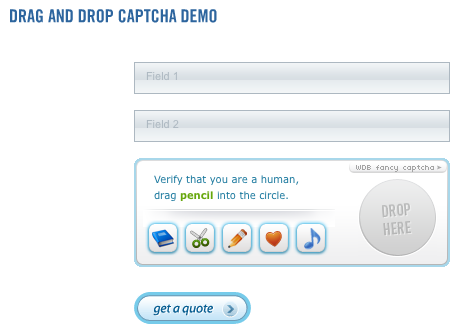 Not only is it easy, but it is also intuitive. This means that it only requires a few seconds and you won’t break a sweat, while it blocks off those attempting to spam. Seems like the ideal solution, and I’m looking forward to seeing it implemented everywhere on the web.

There’s no doubt that spammers will continue to grow and develop, but the strength of the community of the free and safe internet is far superior. And while we will always be facing periods when spammers have catch up, it will always be followed by another where users carry on their everyday lives without the slightest of worries.