This is a graph that visually maps out internet usage world-wide. You can look through numbers all night, but nothing can help us comprehend the massiveness of the web like an illustration as such: 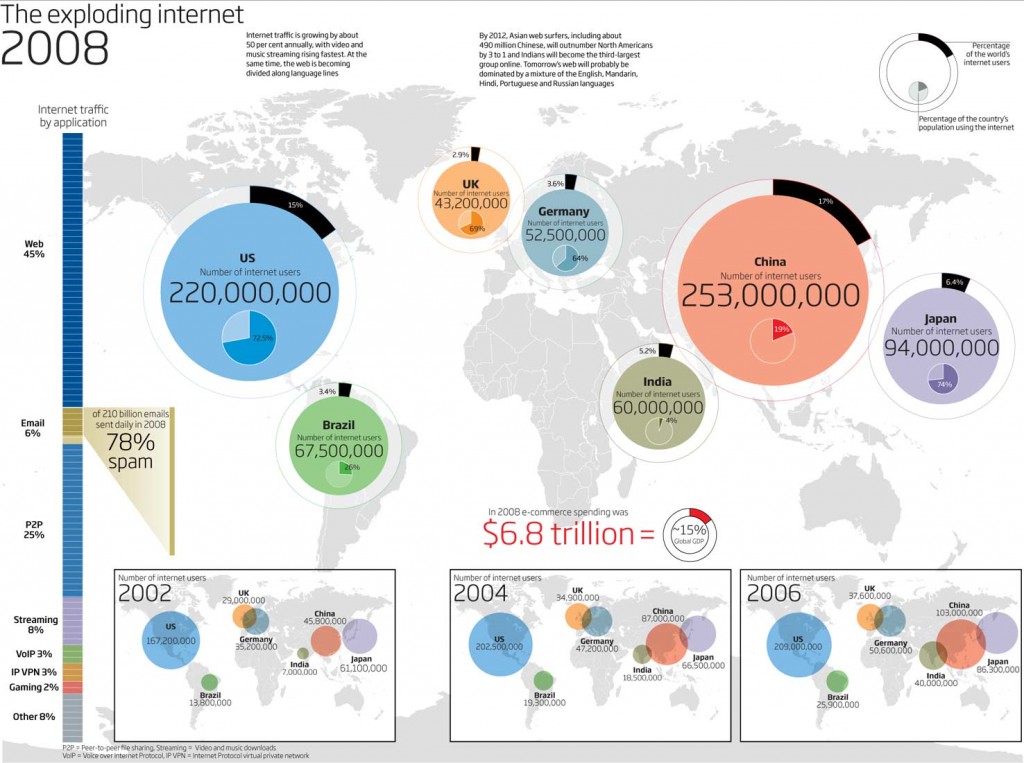 There are several thought-provoking digits to draw conclusions from:

It is beneficial for regular users to visualize the latest trends in terms of Internet usage worldwide. When the 2009 graphs are out, it will be interesting to compare and spot where the movement is heading. The beauty of the usage trends is that it is set by no one, except for the users themselves, and that is the source of freedom. The downside of the story, however, is the significant world population that is left outside of the internet game.